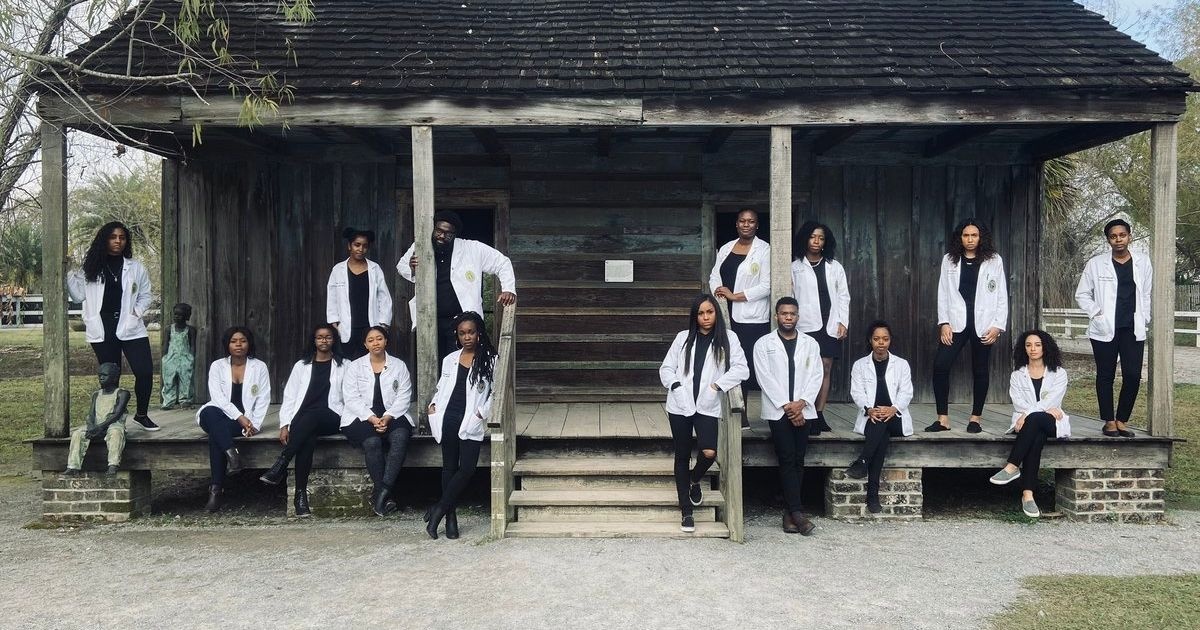 The U.S. continues to wrestle with the romanticization of southern plantations, with people still planning weddings at enslavers’ mansions and tourists complaining about slavery narratives on plantation tours. Yet the stark reality of our country’s racial history stares us squarely in the face.

For nearly 250 years, black people were enslaved in the U.S.. Nearly half of the states in the country refused to outlaw slavery after our founding, and most of those states were willing to go to war to defend the “right” to own Africans and their descendants. Our country saw generation after generation of black families torn apart, spouses and children being sold off like cattle, black bodies beaten into submission, and black individuals being legally barred from liberty and opportunity.

It wasn’t just a blip. American slavery, which evolved into an institution of white supremacy, existed for longer on U.S. soil than not at this point in our history. There are people alive today whose parents were slaves. We are not far removed from slavery, and certainly not removed from the generational impact of it.

Perhaps that’s why a photo of black students at Tulane University School of Medicine in front of Whitney Plantation’s slave quarters is stopping so many people in their tracks. Seeing 15 black medical students in white lab coats, well on their way to becoming doctors, standing on land that was once occupied by enslaved people who could only dream of such a future—well, it’s undeniably powerful.

The photo was shared by 24-year-old Tulane student Sydney Labat, one of the med students pictured. “Standing in front of the slave quarters of our ancestors, at The Whitney Plantation, with my medical school classmates,” she wrote on Twitter. “We are truly our ancestors’ wildest dreams.”

Labat’s classmate, 33-year-old Russell J. Ledet, PhD, organized the trip to Whitney Plantation, which is currently the only plantation museum Louisiana focused on the experience of enslaved people. Ledet, who grew up in rural Mississippi, told NPR that he doesn’t remember seeing images of black doctors growing up. That’s part of what prompted the idea for the photo shoot.

“We are aware of our position,” he said, “and what we mean to a whole lot of children. A whole lot of undergrads are hoping and praying to get an interview for medical school, or even somebody to just look at their application. We’re here as living proof that it’s possible. If we can do it, anybody can do it.”

Ledet hopes that the photo can be framed and placed in classrooms around the country so kids can be exposed to images he never saw.

“I hope this image will be posted in somebody’s classroom,” he said, “and some teacher will be able to say, ‘Every last one of those people up there is a practicing physician.'”

Ladat’s photo has been retweeted more than 18,000 times, with countless comments of praise and gratitude.

This is chilling, but EVERYTHING. So proud of all of you. Always keep your heads up, even when it seems impossible. Don’t listen to anything that says or implies otherwise. The hopes & dreams born inside that house are inside of you now. Don’t forget to pay it forward.
— Merle Carter (@emedpd) December 18, 2019

This gave me chills! If only they could imagine a future like this, whew.. yeah I’m crying. This is beautiful.
— fem daddy (@__aliciamonae) December 15, 2019

Beautiful. The ancestors see you all. My own mom was born in a little shack like that in Louisiana by midwives who brought so many into this world that then led to you all. Bravo.
— President Kamala’s Hand (STILL) (@DearDean22) December 18, 2019

Ladat told NBC News that the experience was an emotional one. “Seeing that many black students in training in one photo was striking. In a place that was dedicated to our ancestors and their struggles,” she said. “We knew this photo was going to make people stop … and really think.”

Ledet told NPR that he pictured what the slaves who inhabited that building would think of the students standing on the porch in their lab coats.

“I could just imagine our ancestors in heaven looking at us and being so happy,” he said. “They’re saying, ‘Look at them. They’re doing so well. Their resiliency is shining.'”

Resiliency is the key to the power of this photo. Some may look at these students and think, “Yay! Look at how well everything has worked out for black Americans since the days of slavery!” But that’s not the story this photo tells. This is a story of climbing over obstacles and overcoming odds, of rising up through layers of oppression designed to keep black people down, of honoring the hopes and dreams of enslaved ancestors by making them come true.

“We wanted to make sure that we remain tied to our history and remain humble, you know,” Ledet told NPR, “and understand whose shoulders we’re climbing on—and pay homage.”