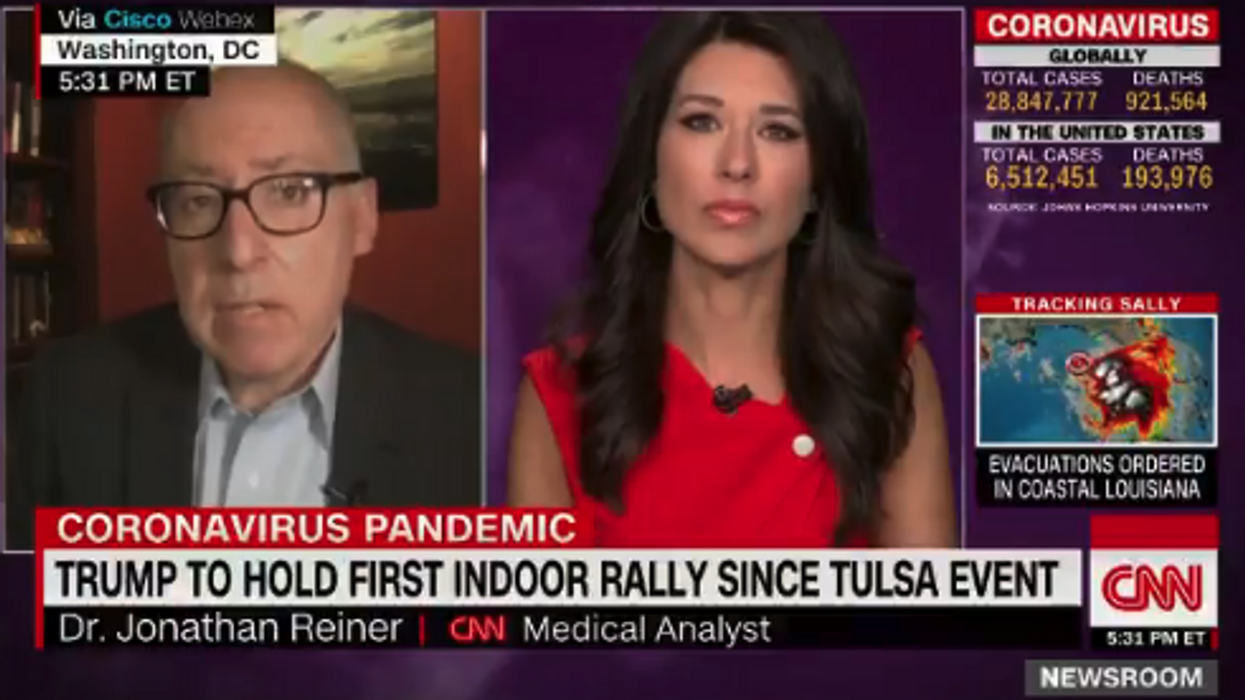 “What else could you call an act that because of its negligence results in the death of others?” Reiner, a professor at George Washington University, said. “If you have a mass gathering now in the United States in a place like Nevada or just about any other place with hundreds or thousands of people, people will get infected and some of those people will die.”

Later in the interview, he added that “the virus doesn’t care whether you believe in it or not … if enough people contract the virus — and at a gathering like this, they will — some people will die.”

“Negligent homicide. What else could you call an act that because of its negligence results in the deaths of others… https://t.co/XqyNK0L85y

Reiner had also been critical of the Trump campaign’s decision to hold an indoor rally in Tulsa, Oklahoma, several months ago. At the time, he called that move “criminal endangerment.”

Evidently the charge has been upgraded in Reiner’s mind.

Over the weekend, the Trump campaign defended the decision to hold the rally in Henderson, Nevada, despite state guidelines, which prohibit the gathering of groups larger than 50 people and mandate the use of face coverings and social distancing.

Trump campaign spokesman Tim Murtaugh told reporters: “If you can join tens of thousands of people protesting in the streets, gamble in a casino, or burn down small businesses in riots, you can gather peacefully under the First Amendment to hear from the President of the United States.”

According to NBC News, campaign aides said that every attendee would have their temperature checked and be provided with a mask before entering the venue, though wearing the mask would not be mandatory.

Henderson authorities reportedly issued a compliance letter to the campaign ahead of the rally, warning that it must obey the state guidelines.

Dr. Reiner, in response to the campaign’s statement, suggested that by holding the rally, the campaign was effectively killing supporters.

“Apparently Trump’s campaign believes that since there were riots this summer it’s only fair that the president be allowed to kill some of his supporters by exposing them to superspreader events,” he tweeted Sunday.

Apparently Trump’s campaign believes that since there were riots this summer it’s only fair that the president be a… https://t.co/ho1xZvrZpM

During the rally, President Trump told supporters that the country is “making the last turn” in defeating the virus and that further shutdowns over the virus are not a part of his administration’s game plan.

“We are not shutting the country again. A shutdown would destroy the lives and dreams of millions Americans,” he said.