When Mark Zuckerberg posted a photo of his baby daughter on Facebook with the chipper caption, “Doctor’s visit⁠—time for vaccines!” last January, the post garnered an enormous amount of attention: 36,255 shares, 3.4 million reactions, and 83,000 comments. 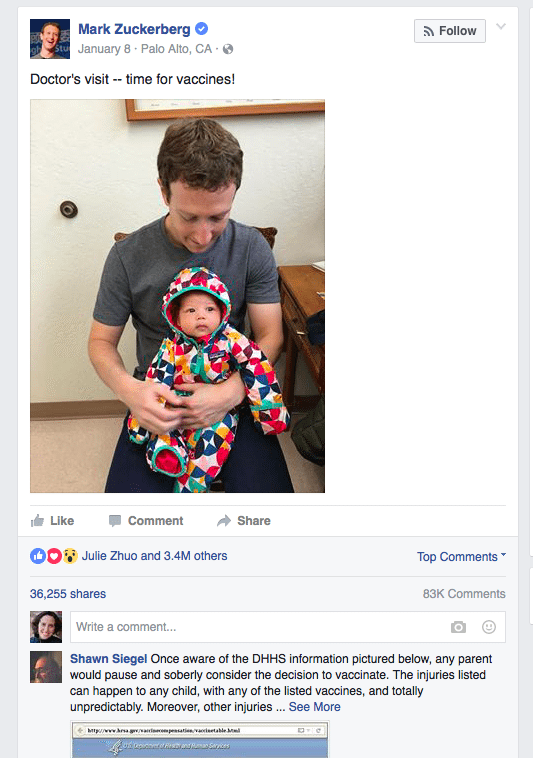 The extensive comments on the post caught the interest of some scientific researchers, who analyzed over a thousand of them.

Their analysis yielded what media outlets described as a “surprising” result: the “anti”-vaccine comments were more scientifically based and carefully worded than the “pro”-vaccine comments.

In the words of the researchers: “Although the anti-vaccination stance is not scientifically-based, comments showed evidence of greater analytical thinking, and more references to health and the body. In contrast, pro-vaccination comments demonstrated greater comparative anxiety, with a particular focus on family and social processes.” (My emphasis.)

The problem responsible scientists are faced with right now is that the evidence is accumulating that the CDC’s childhood vaccine schedule is not scientifically-based.

The medical doctors, academic researchers, citizen scientists, and concerned parents who are taking the time to read the science and educate themselves about what we know and what we don’t about vaccines are all coming to the same conclusion: Something is very wrong with today’s childhood vaccine recommendations.

Our current medical recommendations seem to be harming children’s bodies and their brains.

Let’s hear from a few of those on-the-ground medical doctors themselves.

These are not crackpots.

These are not crystal-slinging tree-hugging hippies.

These are top doctors and thought leaders, physicians who care deeply about the health of our children and our nation.

So what do these medical doctors have to say?

“There is clearly a relationship between vaccines and autism,” ~Dr. Bose Ravenel, M.D.

Dr. Ravenel is a doctor based in Winston Salem, North Carolina and who has been practicing medicine for over 40 years.

He used to be the first to dismiss the idea that vaccines might be contributing to autism.

Why? Because he simply followed the medical establishment and did not bother to do any research for himself.

Denying a causal link between vaccines and autism was the most comfortable position to take. 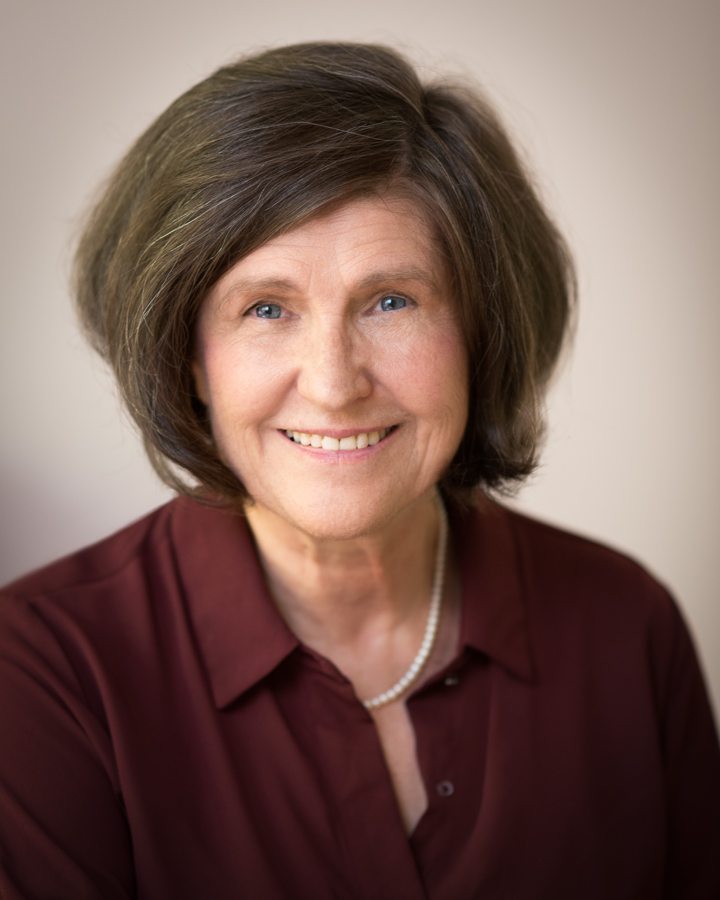 “It’s not a rational thing to think that we can just give an ever-increasing number of vaccines without causing damage. There’s a tipping point for many people in terms of the toxins that they can handle.” ~Dr. Kelly Sutton, M.D.

Dr. Sutton has about 3,500 patients in her integrative medical practice in Fair Oaks, California.

She’s a founding member of Physicians for Informed Consent, a non-profit made up of doctors and researchers who oppose mandating medical treatments.

Dr. Sutton is deeply concerned by the poor health of Americans who follow mainstream medical advice:

I think that in the 1980s we had a sweet spot with vaccines where most people could be vaccinated and tolerate the vaccines. At that point our health regulators and the vaccine industry could have created studies to understand those existing vaccines better so that the people who were damaged by vaccines, the most sensitive ones, were able to have different schedules. That’s totally possible now with the genetic understanding that we have. Unfortunately that didn’t happen, and money was spent instead on research and development of ever more vaccines.

It’s not a rational thing to think that we can just give an ever-increasing number of vaccines without causing damage. There’s a tipping point for many people in terms of the toxins that they can handle and the increase in chronic illness that was demonstrated by this study shows this, and the increase in drastic diseases with acute immediate reactions is also part of the profound neurodevelopmental things that are seen occasionally following vaccines.

I see daily in my practice evidence of vaccine injury and I hear stories almost every day of families that vaccinate children and then decide not to vaccinate and the unvaccinated children within the same family are healthier, more socially adjusted and more capable academically even though their parents are older than the siblings who were born first and were fully vaccinated.

I think we must look at vaccines as a changing picture because nature responds to the impact of vaccines. We should never consider vaccines a fixed item that’s a forever part of the medical landscape. An important example is the Hib vaccine. Which now has so little likelihood of happening as a disease that the vaccine damage frequency is at or higher than the likelihood of catching the Hib disease. The vaccine has shifted the structure of that germ enough that the germ is no longer the same aggressive germ that it was in the past. So should we still continue a vaccine that is not needed?

We also have to understand in this fluctuating scene that many things impact infectious disease, not just vaccines. The single most primary one was plumbing and the second, nutrition.

We’re making things black and white that really have many many shades to them. We have to get past sound bites and look at a complex picture with more accuracy. It is unethical to not study unvaccinated versus vaccinated. No question about that. There are plenty of parents who would prefer not to vaccinate their children and those can be the first to volunteer to check epidemiologically the health of those voluntarily unvaccinated children and see how that is with voluntarily fully vaccinated children.

Is Dr. Sutton’s an “outlier” position?

Does that even matter?

The interesting thing about science⁠—and human health⁠—is that 30,000 people can have one point of view and one person can have another point of view.

And that one person with the dissenting point of view can turn out to be the one who is right.

As microbiologist Morten Laane points out, science is not a Democracy.

Consider Galileo whose idea that the Earth moved around the sun was in direct opposition to what the church authorities, and the majority of the people, believed and wanted to be true.

However unpopular his theories, Galileo turned out to be right.

Or Dr. Frances Oldham Kelsey, who saved U.S. babies from thalidomide despite the fact that the medical establishment believed it was safe and it was given to pregnant women in dozens of places around the world, including Canada, Britain, and the Middle East.

Kelsey’s skepticism and insistence on erring on the side of caution saved thousands of American babies from devastating health problems.

But so many parents and doctors have been seeing vaccines causing health problems with their own eyes⁠—and so many have started speaking up about it and started sharing their stories⁠—that they can no longer be dismissed as “outliers.”

Questioning vaccine safety does not make you anti-vaccine.

Dr. William T. Redwood, M.D. is one of the most well respected emergency room doctors in the state of Georgia. Dr. Redwood, too, is concerned:

“If you summarily dismiss the possibility that the increasing rates of childhood illnesses, including ADD, autism, asthma and other auto-immune disorders are connected to vaccines, you can’t figure out if our children’s health problems are vaccine-related injuries. The people at CDC who should be helping set policy on vaccine safety—I don’t think they are asking the right questions.” ~Dr. Tommy Redwood, M.D. 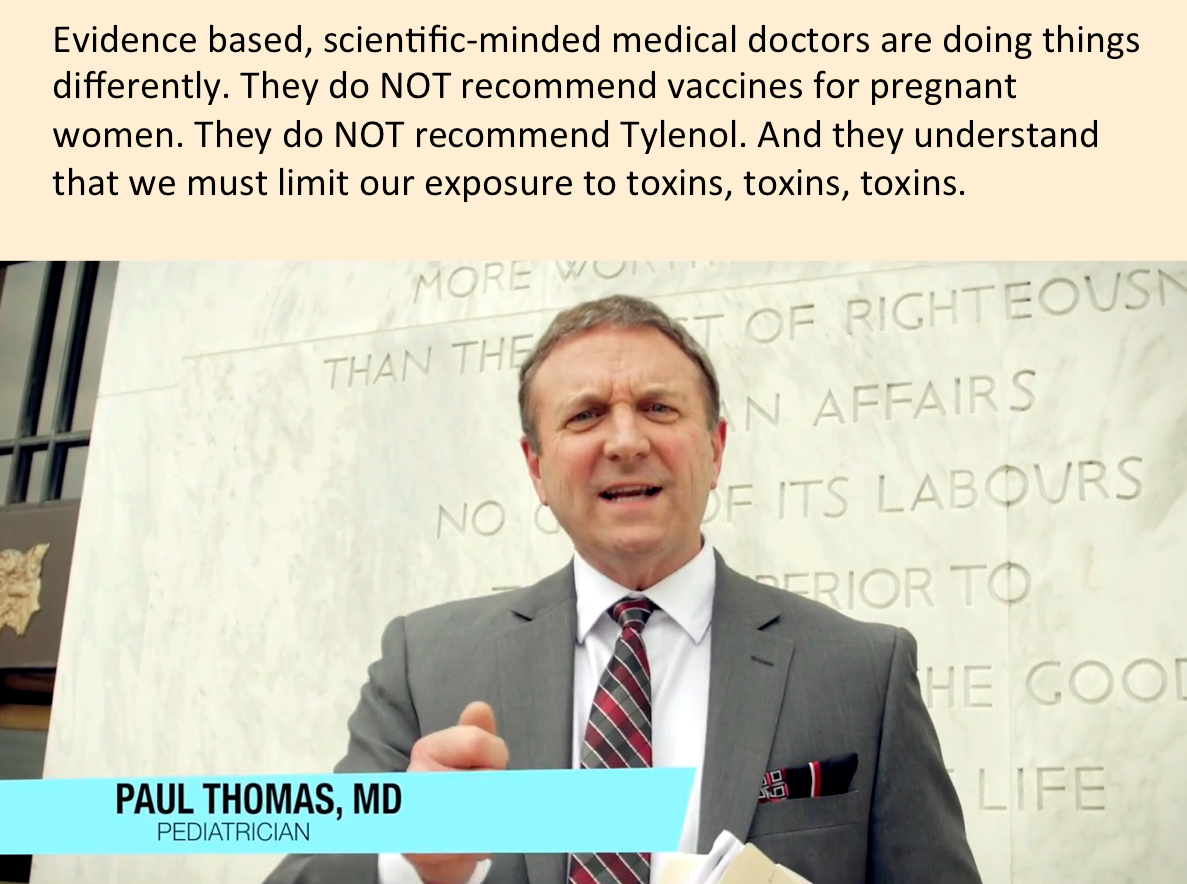 Dr. Paul Thomas, M.D., has over 13,000 patients in his pediatric practice in Portland. He believes that too many vaccines given too soon are causing autism in genetically susceptible children.

Dr. Paul Thomas, M.D., my co-author and a pediatrician with over 15,000 children in his practice in Portland, Oregon, has noticed that the children who are the most vaccinated in his practice are also the least healthy.

“As unpopular as this observation might be, my unvaccinated children are by far the healthiest.” ~Dr. Paul Thomas, M.D.

Science is a process of inquiry.

Any scientific knowledge that any given generation has is always subject to scrutiny.

We keep talking about vaccines being a potential trigger for autism because we keep seeing American children being harmed by our current CDC vaccine schedule. If the harm weren’t happening, we would not be having this conversation.

Is it the glutathione-depleting acetaminophen given before and after vaccination that is triggering autism?

Is it the cumulative toxic exposure, a negative synergy between vaccine ingredients?

Is the depleted microbiome because of the overuse of antibiotics playing a role?

Is there an in utero assault with ultrasound exposure and a trigger pulled by aluminum in the hepatitis B vaccine given at birth?

The honest truth is that we simply don’t know.

But we can’t find out if we don’t ask the right questions.

With 1 in 36 children diagnosed with autism today, we’re in the midst of a national health crisis that can no longer be ignored.

Other posts you might like:
13 reasons why you should vaccinate your kids
Why some doctors are questioning some vaccines
Wondering about vaccines, not sure where to begin

The post Medical Doctors Concerned We Are Giving America’s Children Too Many Vaccines Too Soon appeared first on Jennifer Margulis.